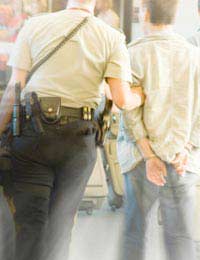 The 28 day pre charge detention rule is the amount of time a person can be locked up under anti terror laws. The 28 day rule means the UK boasts the longest detention without charge period in the western world.

What Is the 28 Day Pre Charge Detention Rule?

British anti terror laws include detention of those suspected of terrorist activities for 28 days without charge. This means the police can lock up and question anyone they feel may be involved with terrorist activities for 28 days. The suspects do not need to be charged with an offence and do not need to be told why there are being held. The government wanted to introduce a 42 day detention period but this was overruled in 2008. The 28 day pre charge detention rule is seven times the detention period permitted for a person accused of murder.

There has been a great deal of controversy over whether the 28 day pre charge detention rule can be justified. To a great many human and civil rights campaigners this rule does breach the fundamental rights to liberty. These rights to liberty were guaranteed by the European convention on human rights. The Equality and Human Rights Commission stated that the period of detention without charge should start at four days. This should be the rule for all offences up to the act of murder.

The 28 Day Detention Rule and the Magna Carter

One of the founding principles of British justice was set in place in the Magna Carta in 1215; Habeas Corpus. The Magna Carta states that free men could not be imprisoned or arrested unless there was lawful judgement by either their equals or the law of the land. Habeas Corpus was set in place to ensure that the King simply could not lock up someone if they did not like them. It also meant all detention was unlawful unless it had approved by a court. All suspects should be given a charge and a fair trial before they can be sent to prison.

Britain Has One of the Longest Pre Charge Detention Periods

Britain does have one of the longest detention without charge periods in the western world. The USA has a two day detention without charge period while Russia has a five day detention period. According to human rights organisations such as Liberty there is no evidence that the police need longer than 14 days to collect information for a trial. Since the detention period was raised from 14 to 28 days in 2006 only five people have been held for 26 days. Three of the five were released without charge and two were charged but then acquitted of the offences.

Under the rules of the Prevention of Terrorism Act 2005 suspects can also be held under house arrest without charge; known as Control orders. New Labour fast tracked this law into place with parts of the bill unwritten. In their words the unwritten parts of the bill would be completed after the bill was passed. Rules for suspects facing indefinite detention and house arrest included:

How to Help Fight the 28 Day Pre Charge Detention Rule