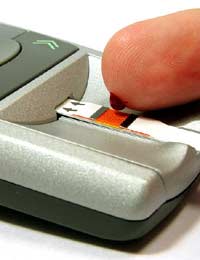 The introduction of airport body scanners in the UK has brought about much controversy. Objections to the body scanners include risks to the public’s right to privacy and breach of discrimination laws.

How Do The Airport Body Scanners Work?

There are different types of body scanners but in generally the scanners emit radio waves over the body. A three dimensional image is created by measuring the heat reflected from the person. The body scanners can penetrate clothing and are designed to be an upgrade to the usual body pat down. The scans do blur out faces but the image does reveal the naked body.

Why The Need for Full Body Scanners?

According to the UK government the airport body scanners are just the latest security technology used in the fight against terrorism. The alleged attempt to blow up a US plane on December 25th 2009 is being touted as the main reason this technology is required. The UK Home Secretary claims that no single technology will be enough to safeguard against terrorism but that the scanners are a step in the right direction. Others have called the scanners an intrusion of privacy and a deeply flawed method of detection.

Why The Controversy Over the Airport Body Scanners?

The Equality and Human Rights Commission (EHRC) have warned that airport body scanners are breaching rights such as the right to privacy. Not only will the scanners show the naked body but they may be able to show images of mastectomies, prosthetic limbs and catheters. Certain groups such as children, transgendered individuals and the elderly are being cited as examples of people who will be negatively affected by lack of privacy.

In reality, the body scanners are virtual strip searches. A code of practice has already been set in place for the scanners but no consultation was taken before the code was introduced. Anyone in the UK who refuses a body scan will automatically be banned from flying. In America passengers can refuse and are given the alternative of a pat down or a metal arch detector. According to the EHRC these scanners do go against the right to privacy under the Human Rights Act.

Have Any Passenger Been Banned For Flying?

There have been news reports of passengers stopped from boarding a plane after refusing a body scan. Two women were recently not permitted to fly after refusing on grounds of religious beliefs and health issues. According to certain Islamic scholars the use of body scanners does go against the beliefs of Muslims. Modesty is part of the Islamic faith and for others to view the naked bodies of Muslim men and women is an affront to their religion.

Are Airport Scanners Rolling Out Across Europe?

Although the scanners are now in place in certain airports in the UK not all European Union countries are in agreement. There are 27 EU countries that are free to use the body scanners but some are indecisive about the scanners validity and the breach of rights implications. Italy is introducing the scanners at certain airports as an experiment only. Spain has decided to wait until it hears the results of the European Commission’s decision on the matter.

Is the Use of Airport Body Scanners Justifiable?

Are The Body Scanners Here to Stay?

It looks as though the airport scanners will be rolled out across UK airports throughout 2010. But the EHRC wants answers from the government over its future plans for the scanners. The Equality and Human Rights Commission has warned the government that the utmost caution must be used when implementing this technology especially when it comes to privacy. The EHRC also want the government to fully explain its intentions for the use of body scanners in the future.

FAQ: Are Smokers Losing Their Civil Rights?
Share Your Story, Join the Discussion or Seek Advice..
I wonder if you could help me. I'm disabled paralysed from waist down.I use a wheelchair.. I normally travel on my own going abroad during winter months because I get ill with cold weather.During the time I travel I use a catheter.I was stopped by security. When I missed the flight I remember passing through tight security.I wonder if I was sent through the body scanners.Still when I missed the flight I spent a very cold night on my wheelchair without any proper hot meal or blanket. I spent four days to reach my destination instead of one night. I wonder of somebody could help me. I now suffer from infections and arthritis since that incident.Please can you advise me?
Eretina - 29-May-16 @ 12:40 AM
Title:
(never shown)
Firstname:
(never shown)
Surname:
(never shown)
Email:
(never shown)
Nickname:
(shown)
Comment:
Validate: