The Right to Peaceful Protest 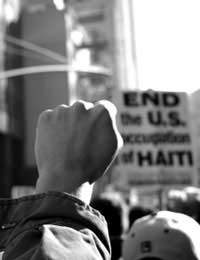 The right to peaceful protest is protected under the Human Rights act. Britain has a long and distinguished history of using peaceful protests to gain rights and change laws. In recent years the police have been granted additional powers regarding public protests. Protestors should be aware of the rights, restrictions and legal consequences of protesting.

Peaceful protests are used around the world to take a stand on issues that the public find important. These protests range from civil rights marches against discrimination to protests supporting nuclear disarmament. Protests and campaigns can make a very real difference in changing policies and laws. Peaceful protests allow people to come together to stand up against oppression from governments and can prove to be a very effective way of promoting change.

The Convention of Human Rights

The Convention of Human Rights contains a number of articles recognising the right to freedom of expression and thought. It also recognises the right to assembly and for individuals to come together to freely express themselves. The Convention also forbids interference from governments and public bodies such as the police to interfere with these rights. If the government or police do interfere then it is the public’s right to use legal processes such as the courts to enforce their rights.

The Police and Protests

Security measures in Britain are a concern for the government especially with growing fears over terrorist attacks. New criminal laws have been brought in that provides the police with extra powers when it comes to terrorist activities and anti-social behaviour. Peaceful protests in public space are a right but more and more public spaces are being restricted. It is now easier for the police to make the peaceful protest process difficult for demonstrators.

There are a number of rights and regulations that pertain to peaceful protestors. These rights include:

Breach of the Peace

The police also have the power to arrest people if they feel a breach of the peace has been committed. The police can also stop demonstrators if they suspect that a breach of the peace may be about to occur. The use of anti social behaviour orders and dispersal orders have also been used to either prevent individuals from protesting or to break up protests. It is very important for protestors to use reasonable conduct during protests to ensure that the police are not given any reason to use force to break up a protest.

If demonstrators are protesting in front of a company building or corporation then the company may use an injunction to stop the protest. The injunction is a civil order and there can be criminal penalties for protestors that breach the injunction. Protestors can apply to the court and contest injunctions.

Peaceful protests are not unlawful, and it is the public’s right to assemble and mount a protest in a public place. So long as reasonable conduct and common sense are used during a protest there should be no reason for the police to intervene and disrupt a protest.

Airport Body Scanners a Breach of Privacy?
Share Your Story, Join the Discussion or Seek Advice..
[Add a Comment]
I've done a great deal of work to show the positive side of homeless folk and covered issues around addiction. This has included broadcast documentaries. Anyway, I was arrested after an incident where I supposedly attacked a street beggar. In reality the woman ran across the street and attacked me. I had to defend myself and didn't go over the top in doing so. She kicked and punched me and I have photos of the bruises. She has very little to show in comparison. The CCTV doesn't show the attack unfortunately but it does show her get up from the pavement and run really fast across the road at me. It's fairly obvious she was running in an agitated state. She also admitted to police she'd had an argument with her boyfriend just before the incident. Seems like the police are trying to convict me on flimsy evidence. The charge is ABH. I could go into a lot more detail but thought I'd leave it at that just now.
David - 17-Nov-16 @ 1:05 PM
I was arrested in Febuary on some old warrants that were twenty one years old. Never was arrested my whole life or committed any sort of crimes. My family paid over five thousand dollars to get me out of prison. Never went to court they said I could not go to court due to these warrants where they were written at. Please help me I am at my wits end, I lost my job, have a misdermenor on my record, and they denied my unemployment too. Thanks for your time
lori - 26-Jun-15 @ 11:26 PM
@annie. THis is something that could only be realistically solved in court. You may have the help of the NHBC which clearly has helped already to a certain extent. Keep your fingers crossed that the builder has some sort of liability insurance. Assuming you had a survey carried out when you purchased the property, it may be worth going back to the surveyor's report and ensuring it was done thoroughly.
CivilRightsMovement - 21-Jan-15 @ 12:07 PM
I am simply enquiring about whether it is legal to protest against the builders of my property.We have no contract with them as the house was over 2 years old when we bought it from the original owners.We have had numerous problems with negligence by the builders.Our insurers sent an assessor out who confirmed the problems were caused by poor workmanship at build (mainly plumbing). Our insurance cover was deemed void because of this.After a year fighting the NHBC they eventually agreed that the problems were caused by poor build and paid for repairs. As time goes on we encounter problem after problem.I have phoned the Builders on a number of occasions and have been angry and occasionally swore at them.I was not aware that this was "illegal" and they have now applied to the court to ban me from phoning them or anyone phoning them on my behalf so please do not contact them using my name.I think it is likely that the judge will grant in their favour and I agree, if this was in fact an illegal action.The builder requested on many occasions to put everything in writing.The letters we have written are simply ignored.I believe the Builders have broken the law as I don't believe they have adhered to Safety Regulation with regards to protecting your house and your health.Both shower trays were obsolete in 2002 yet they fitted them in 2007.They were too big so they simply cut out a piece on the wall board and tiled over this.As a result the showers had been leaking since day one. This is particularly concerning as it is a wooden framed house.The toilet in the en-suite was incorrectly fitted resulting in the toilet waste having to fight its way upwards.The adjoining pipe was also put in upside down resulting in the waste struggling even more as it was fighting against a lip in the pipe.This resulted in toilet waste sitting inside the pipe and trickling back into the toilet.The plastic nuts under the bath was only tightened by a couple of threads and could be turned by hand. When we installed a new kitchen almost 3 years ago the kitchen installer and the gas fitter discovered that the gas fitment from the cooker to the gas had also only been tightened by a couple of threads.The gas fitter said this was extremely dangerous and my cooker could have caused an explosion at any time whilst using it.We have recently encountered a soaked carpet in one of our bedrooms.My daughter was filling the bath and the water level reached the overflow.This resulted in water pouring into the bedroom.A qualified plumber cameout and we were advised that the overflow pipe had not been fully connected and had not been sealed.Our oak floors on the ground floor were swelling so much throughout spring and summer that we struggled to open doors.It turned out that more than half the air bricks were blocked therefore the house was not breathing properly.The NHBC paid for these to be unblocked.Air Quality Testing performed by a specia
Annie - 18-Jan-15 @ 11:15 PM
Title:
(never shown)
Firstname:
(never shown)
Surname:
(never shown)
Email:
(never shown)
Nickname:
(shown)
Comment:
Validate: