Home > Government & Legislation > The Right to Freedom of Speech

The Right to Freedom of Speech 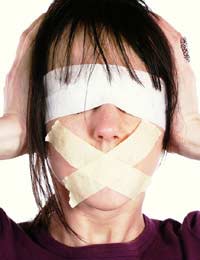 The right to freedom of speech is recognised as a fundamental human right. However, this right must be used responsibly and there are certain exceptions.

Freedom of speech and expression are recognised under the European Convention of Human Rights as fundamental human rights. In Britain these rights can be found as early as 1215 in the Magna Carter.

Freedom of speech and expression are extremely important rights; in Britain we have the right to express ourselves without persecution from others. This is not the case in all countries around the world. There are still countries where it is possible to be incarcerated and punished for expressing your own opinion if it goes against government thinking. The right to freedom of speech and expression is the building block of our society. Anyone has the right to express themselves freely without fear of punishment from the government of from other individuals.

Responsibility and Freedom of Speech

Freedom of speech and expression are not absolute rights; this means that there are exceptions to these fundamental rights. For example publishing material or making comments that are specifically designed to incite racial hatred can be deemed to be a hate crime. Anyone who is found committing this offence can be charged in a criminal court. Many people argue that publishing a person’s opinion, even if it is offensive to others, is a right. However, if the material is intended to bring harm against others then that is an abuse of the victim’s other civil and human rights.

Although no one wants to take away another person’s right to freedom of speech it is wise to use this freedom responsibly. A recent freedom of expression controversy occurred when a Danish newspaper printed cartoons on the prophet Mohammed. The Muslim community deemed these cartoons to be offensive and irresponsible. Extreme Muslims went further by burning embassies and causing the deaths of others. The cultural editor of the Danish newspaper expressed regret over the consequences of the cartoons but would not apologise as they felt that had a right to publish the cartoons.

Responsible Use of Expression

The freedom to communicate is a right, as is the freedom to pass and receive information. If the Danish newspaper had been forbidden to print the cartoons it could be seen as censorship of the press. If the editor of the newspaper had not printed the cartoon that could have been viewed as self-censorship, and where do the boundaries end in giving information? However, if they had acted in a more responsible manner it may have avoided the deaths and violence that occurred. Freedom of speech and expression is important but there are consequences if these rights are not used in a responsible manner.