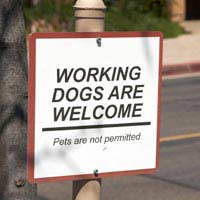 Discrimination in UK Bars and Restaurants

Discrimination Issues in the Press

The press are never slow to bring discrimination issues to the public’s attention. Discriminatory practices that have hit the headlines in the past have included:

Dealing With Discrimination in the UK

Discrimination and Making a Formal Complaint

If making an informal complaint to the management does not produce satisfactory results more formal measures may be required. This can mean making a formal complaint in writing to the business. Every business should have a complaints procedure, if not, the complaint should be made in writing to the business owner. Complaint letters should include the date, time and place of the incident and an outline of what actually happened. The names of the people involved should also be included as well as the possible solution to the incident.

Complaining to a Ombudsmen over Discrimination

Certain businesses have regulatory bodies and ombudsmen that discrimination complaints can be taken to. Ombudsmen and regulatory bodies are in place to ensure that standards of service are upheld within businesses. Complaining to these bodies can be a way of having the matter investigated and stopping this discrimination from happening again. This manner of complaint will not usually lead to any type of compensation.

Taking the Discrimination Issue to the Next Stage

If the formal complaint does not bring satisfactory results then the last resort would be court action. This could mean bringing a claim to a county or sheriff court. This action is usually taken with the intention of claiming compensation over the discrimination issue. This type of action does have a time limit, which is usually six months from when the incident took place. Legal advice should always be taken and this can be an expensive route. If the claim is for more than £5000 and the defendant loses they may have to pay the legal costs of the company they are fighting against.