Home > Civil Rights & Law > Rights If Your Child is Arrested 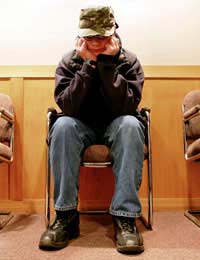 There are a number of rights that apply specifically to children under the age of 17 who are arrested. Parents should be aware of these rights that begin as soon as the child is arrested.

Child Arrest in the UK

Just over 200,000 children are arrested in the UK each year, according to Home Office statistics. The average age of the children arrested is between 10 and 17 years old. Children at this age will usually not be aware of their rights when arrested. It is important that parents, guardians and anyone who is responsible for children know the rights children have when arrested. These rights begin when the child is arrested and continue to the court proceedings stage.

Informing a Parent When a Child Is Arrested

If a child is arrested for committing a criminal offence and they are under 17, the police must inform the parents as soon as possible. Children who are arrested should be made aware of their rights when they are first brought to the police station. One of these rights will be that a parent or guardian can be informed of the arrest straight away. Children under the age of 17 also have the right to have an adult present at the police station. Children should also be allowed to talk to this adult in private if they wish to do so.

If the police believe a child has committed an offence they can hold the child for 24 hours. But this is not the maximum time period a child can be held for. A further 12 hours can be added to the 24 hour period if the crime committed is of a serious nature. The police can actually ask the court for an extended period of detention. But this extended period cannot be longer than 96 hours before the child is charged with an offence.

Searches at the Police Station

The police do have the right to search a child under the age of 18 at the police station. If all clothing is to be removed during the search an adult of the same sex must carry out this search. Intimate searches can only be held in private where no one else can see the search. The child does have the right to have an adult such as a parent present during the search. This search can be conducted at any time whilst the child is held at the police station.

Intimate Samples Taken By the Police

If the police are intending to take hair and saliva samples then they must have the agreement of the child and parent if no charges have been made. If charges have been made then these samples can be taken without agreement from the child or parent. Blood and urine samples cannot be taken unless both the parent and the child have agreed to this. Even if the child has been charged they cannot be forced to give these intimate samples.

Children Under 17 Years and Court Proceedings

If a child is 10 years old then they cannot be charged with an offence and taken to court. Children over 10 years old but under 17 years will be treated as a young offender and criminal cases will be dealt with by the youth courts. If the child has committed an offence and an adult was also involved then the court proceedings can be held in either the magistrate’s or the Crown courts.

The expertise of a legal advisor should always be sought if a child has been arrested. The Children’s Law Centre will be able to provide free help and advice to parents of children who have been arrested or charged with a criminal offence. Learn about stop, search and arrest rights, here.