Home > Civil Rights & Law > The Rights of a Victim of Crime 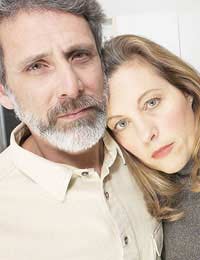 Anyone who has been a victim of a crime has certain legal rights. These rights will include compensation claims for certain crimes and the right to be informed of certain details regarding the criminal.

Victims and Reporting a Crime

The Right to Be Kept Informed by the Police

Crime victims do have the right to make a victim personal statement (VPS). This gives victims the opportunity to detail how the crime has affected them whether physically, emotionally, financially and psychologically. Victims can also state their concerns over intimidation fears if the criminal is bailed. A victim personal statement is not a witness statement but a judge may consider this statement when deciding on a sentence. If the police do not ask whether the victim wishes to make a VPS the victim can request to make one.

Claiming Compensation as a Victim of a Crime

There are certain criminal acts that can lead to the victim claiming compensation. If a victim has been injured or had property damaged or stolen then a claim for criminal compensation may be warranted. The police will need to be informed of the crime and given details of the injury, theft or damage. If the criminal is apprehended and the case does proceed to the courts then criminal compensation can be claimed through the courts.

Another alternative when claiming criminal compensation is to use the civil courts. This option can be pursued whether the perpetrator is found guilty or not. There are downsides to this method of claiming criminal compensation. The victim will usually require a legal representative and this can be expensive. The victim can also lose the civil case and if this does happen they may have to pay all court costs. A good lawyer or solicitor will be able to assess the likelihood of winning the civil court case.

The Right to Victim Support

Everyone in the UK has the right to Victim Support. This service is free and is designed to help people who have been the victims of crime. The Victim Support organisation is a national charity that offers information and emotional support to crime victims. This help is available whether the victim has reported the crime or not. Victim support is not part of the police or the courts system.

How Can Victim Support Help

There are number of ways Victim Support can help those who have been affected by a crime. This support will include:It is important for the victims of crime to be aware of their rights and the help that is available to them. There are many organisations that will provide free help to crime victims including Victim Support, Women’s Aid and The Survivor’s Trust.
Next Page