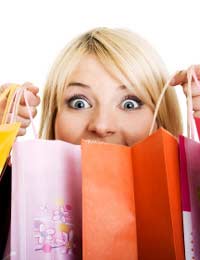 Knowing your consumer rights will help to stop disreputable traders operating and will make sure that you get a fair deal. Many people simply accept excuses such as no refunds or exchanges on shoddy goods, but consumer rights are in place to protect customers.

Regardless of whether you are purchasing goods, contracting services or employing tradesmen you are still entitled to a fair deal. The Sale of Goods Act 1979 was implemented to protect consumers from disreputable traders and to make sure consumers could expect value for money. It may be the case that when you do return goods the actual store employees are not fully aware of the rights of the consumer. It will always be beneficial to be fully aware of the rights and protection that is available to consumers.

When you pay for goods or services you are entering into an agreement with the provider of the product. This is a very important factor; you are not entering into an agreement with the manufacturer of the product. Many traders when confronted with a customer who is trying to return faulty goods will say that the problem must be taken up with the manufacturer. This is totally untrue; the problem lies with the seller of the goods and it is their responsibility to deal with the problem.

Consumers do have a lot of protection and consumer rights when it comes to faulty goods. If the goods purchased are not fit for the intended purpose then consumers can return them and expect a full refund. One wrong assumption is that some stores will only give exchanges or credit notes on faulty goods. A full refund must be given on faulty goods even if the goods were purchased on sale (unless you were aware the goods were faulty at purchase). Consumers do not even need to produce a goods receipt as long as they can show proof of purchase.

There are some time limits that are applicable on returning faulty goods. In most cases consumers should return goods as soon as they are aware of the fault. If a customer decides to return the goods six months later then they may not be entitled to a full refund, although they may be issued with a credit note. Always complain as soon as possible to ensure that time limits are not applicable.

When it comes to purchases the contract is king. A contract will exist between the buyer and the seller. It does not matter if the goods bought are a bag of sweets in a shop, a car, a house, a haircut or a meal in a restaurant. If the purchase is not up to satisfactory standards and is not fit for its purpose then the seller can be in breach of contract. If the consumer does not obtain any satisfaction then the matter should be taken to a higher level.

Complaining about faulty goods and shoddy service can seem like a pain but it is the only way to get customer satisfaction. The first step will be to complain directly to the trader and if this does not bring satisfaction then a letter should be sent to the head office. The consumer is under no obligation to give traders a second chance by writing to the head office. If a satisfactory outcome has still not been reached then the complaint should be taken to The Office of Fair Trading by way of telephoning or emailing the Consumer Direct agency.

Consumer rights are there in order to offer protection against unfair service and disreputable traders. It is up to the consumer to stand up for their rights and follow through on the complaint to the highest level. Consumers no longer have to simply take credit notes or exchanges on faulty goods or put up with bad service. Traders are under a legal obligation to supply refunds and there are consequences for those that do not.