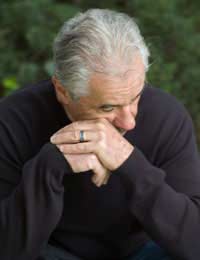 Around 25% of Britain’s population will be affected by mental illness at some point during their lives. In the UK there are laws laid out to protect against mental health discrimination.

The Stigma of Mental Illness

The Public’s Perception of Mental Illness

Films dealing with mental illness have been cited as having a negative effect on the public’s perception of mental illness sufferers. One Flew Over the Cuckoo’s Nest has been named as the most influential when it comes to people’s perceptions of those with mental problems. Certain films have tried to put across a positive message such as A Beautiful Mind, Girl Interrupted and more recently The Soloist. Films are seen as reinforcing the stereotypes of those suffering mental health problems. This type of prejudice adds to the stigma attached to those with mental health problems.

The Law and Mental Illness Discrimination

An employer would not be able to discriminate against those who have suffered from mental health problems under the Disability Discrimination Act. Employees are not legally required to inform employers of their health history but if asked by an employer it would be unwise to lie. An employee who has been untruthful about their health problems can be dismissed under a cause of gross misconduct. Employers who are classed as having this type of disability cannot be treated unfairly unless there is a justifiable reason.

The Insurance industry has been named as one sector where discrimination against those with mental illness still occurs. The Disability Discrimination Act is supposed to prevent people with mental illnesses from being treated unfairly when it comes to services, goods and facilities. For example, insurers cannot apply higher premiums to those with mental health problems unless it is justifiable. A complaint should be made to the Financial Ombudsman if higher premiums or outright refusal of services has taken place.

There are many charities and mental health groups which are helping to raise people’s awareness of mental health issues. Organisations such as Rethink and Mind are two of the major charities that exist in the UK. Time to Change is another mental health programme with the main objective of ending mental illness discrimination. Changing the public’s attitudes towards those with mental health problems is another of the main objectives of the Time to Change programme. This organisation also hopes to decrease mental illness discrimination in the UK by 5% by the year 2012.

Defending Your Civil Rights
Share Your Story, Join the Discussion or Seek Advice..
Hi interesting site Can you confirm what law in the UK is similar to the colour of Law in the US Myself and other people are being harassed cyberstalked by the Neighbourhood Watch Networks in around the UK?
Chain - 7-Aug-20 @ 9:10 AM
Hi i need some advice on being discriminated by your housing association because i have mental health and mobility issues. I am always the one that seems to be doing wrong when I done nothing wrong. I feel that due to my issues my voice will never be heard. I am currently having problems with the tenants below due to the noise as I live in a old victorian house which is converted into 4 flats however when they were converted they put insufficientinsulation between the floor and ceilings. I live on eggshells and the tenants below come up constantly being abusive aggressive and intimidating to me but because they work and dont have any disabilities they are believed straight away and I am guilty and given no opportunity to have my say. I am now on a housing injunction and it's making my mental health worse. I don't know what to do or where to start to get help
BriNKey - 10-Oct-19 @ 9:29 PM
Title:
(never shown)
Firstname:
(never shown)
Surname:
(never shown)
Email:
(never shown)
Nickname:
(shown)
Comment:
Validate: