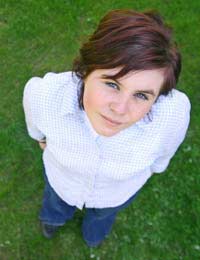 As the future creators of our society it is very important that young people’s rights are enforced if they are infringed upon. Young people can be very vulnerable when it comes to abuse of their rights and they should be made aware of their rights from an early age.

Young People’s Rights and the UN

The United Nations issued a set of rules in 1990 in order to make sure that children have protection guaranteed by certain rights.

Although the United Nations Convention on the Rights of the Child (UNCRC) is not actually a set of laws it is legally binding and it does provide children with guaranteed rights. These special rights for children were set in place in recognition of the extra care that under 18 year olds require.

When the UNCRC was created it was based on different but related principles. These principles are that children are should not be discriminated against, that the best interests of the child should always be maintained, and that children have a right to life, respect, development, and survival. The convention sets the standards of rights that every child throughout the world should expect. These standards should be followed with regards to education, legal and social provisions, and healthcare services.

Young people have the same rights to non discrimination as adults. These include the right to equality and freedom when it comes to race, gender, religion, colour, origin of birth and disability. Governments as well as individuals must make sure these rights are not infringed upon. Under the rules of the convention these rights are not negotiable. They set the standards that bring responsibilities and obligations that governments and individuals must follow to ensure freedom and equality for all.

Young people have certain rights in much the same way as adults have basic rights. These rights are applied to a number of different issues where discrimination has been found in the past and present. This could include discrimination in areas such as employment, housing, financial affairs, education and the law. Young people have a right not to be discriminated against simply because of their age or any other form of discrimination such as colour, gender and race.

In 2004 the Children Act was established in the UK to provide extra legal rights for children and young people. The act provides the legal guidelines that apply to everyone who looks after children whether in schools, the home or in care homes. The principles behind the Children Act 2004 are that children have the right to be safe, healthy, and enjoy their lives. Any mistreatment of children will be investigated and legal action can be taken if any mistreatment is found.

Where to Seek Help

If young people’s rights are infringed upon then there are a number of organisation and agencies that can help. These organisations will include Childline, the appropriate Children’s Commissioner and the Citizens Advice Bureau. Information and advice on civil and human rights for young people is also available from the Liberty organisation.

Discrimination and Your Freedom
Share Your Story, Join the Discussion or Seek Advice..
[Add a Comment]
When I was fourteen years of age a man came through and started forcing oysters down my gullet. I attempted to complain and resist but eventually conceded by everyone saying 'Respect your elders". I was then thrown into a tentacle pit and initiated Hentai, this has taught me a valuable lesson and I agree with saying young people have no rights, until the age of eighteen.
Eighteen and a half - 25-Aug-17 @ 12:58 AM
No one is suggesting we hug hoodies, the recent riots were caused by a myriad of factors. Including aggressive policing, a consumerist culture, gangs, and austerity measures imposed on communities in order to pay for mistakes made by the rich and greedy, but of course Julie, with her astute right wing political analysis and no doubt hang em and flog em approach to youth rights and youth offending will be aware of these complex factors.
matty - 6-Jan-15 @ 4:16 PM
Police have refused me to see my 16 year old son who has been bitten by a police dog, can they do this
Claire - 15-Sep-13 @ 5:50 AM
Thanks so much for helping with the recent riots!! Don't you think the "hug a hoodie" lets protect youth rights blah blah really works in the REAL world?
judy - 10-Aug-11 @ 10:57 AM
Title:
(never shown)
Firstname:
(never shown)
Surname:
(never shown)
Email:
(never shown)
Nickname:
(shown)
Comment:
Validate: