Sexuality and Discrimination at Work 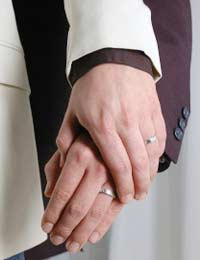 The Law and Discrimination

In 2003 new regulations were implemented that offered protection under the Employment Equality (Sexual Orientation) Regulations 2003. These new regulations provide protection of the rights of employment for gay, lesbian, transgender and bisexual people. Before 2003 there were no actual laws in place that provided this form of protection, unlike the protection provided for sex or race discrimination. The passing of these regulations in 2003 was seen as a landmark judgement but there was an awareness that these new regulations would not rid the workplace completely of bigotry.

The Need for the New Laws

There was a real need for laws to provide protection against this type of discrimination. As far back as 1999 the Home Office has compiled reports against widespread sexuality discrimination in many public authority jobs. Homophobia was found to widespread in the fire service and the police service. Many employees had been driven out of their jobs due to homophobia and had been forced to keep their sexual orientation a secret. In recent years great efforts have been made to eliminate this sort of discrimination in order to make the workplace a more equal environment.

If a person is attacked either in or out of the workplace either physically or verbally due to their sexual orientation this is classed as a hate crime. Hate crimes can be reported to the police and there will be trained officers who will investigate the matter. Hate crimes in the UK are not uncommon and should never be tolerated. The matter could end up in the legal courts with severe penalties for the person who is found guilty of perpetrating any type of hate crime.

The 2003 Employment Equality regulations means that issues such as bullying and sexual remarks on matters of sexuality in the workplace can have serious consequences. Employers can also no longer discriminate on the grounds of sexuality when it comes to training, promotion or employee benefits. Employees are now protected from both direct and indirect discrimination and harassment. This protection also applies when an employee actually files a claim for discrimination and victimisation occurs because of this action.

Speaking Out Against Discrimination

If discrimination in the workplace is occurring then there is a great amount of help available. Employers should be the first contact and this can either mean superiors or Human Resources departments. An employer has a legal right to investigate any cases of discrimination that occurs in the workplace. Other sources of help can come from the Citizens Advice Bureau, company union officials or legal advice from a lawyer.

Discrimination and harassment over sexuality is never justifiable, regardless of whether it occurs in or out of the workplace. It can lead to great stress for the victim and make their working lives a misery. This form of abuse should never be tolerated and there can be severe legal consequences for any individual or company that does discriminate in this way.

Discrimination and Your Freedom
Share Your Story, Join the Discussion or Seek Advice..
My point really is that ET's and all the legislation in the world aren't really helpful for people in my position. The only way forward whilst protecting myself from more costs would be to claim through personal injury, however with a minimum of 2 years waiting before a claim is paid out, it's a lot of expense to endure in that time period. My first feelings after googling the topic to death was that I'm covered by civil rights, the reality is far from simple, even after violation of my rights has been proved.
Assaulted - 18-Jun-15 @ 1:42 PM
@Assaulted. Why can't your lawyer help with this? If what you say is correct, an injury claims specialist would undoubtedly take this on on a no-win-no-fee basis.
CivilRightsMovement - 16-Jun-15 @ 10:30 AM
Worked for a co for 10 years, past year have been sexually harassed by a Director, leading to an assault. As nearby could be witnesses didn't see what happened police aren't interested. Work have carried out investigations and upheld mostcounts of sexual harassment although some have timed out. But now they would rather offer a pittance severance agreement than compensate me for my ordeal. The offender has been demoted. I'm still (3.5 months later) injured and am now on antidepressants. The law really isn't protecting me as the workplace lawyers are threatening me with their costs if I go to an ET and lose. So far I've spent a fortune paying a lawyer to defend my position as the employer is trying to dismiss me on grounds of ill health... Advice?
Assaulted - 11-Jun-15 @ 7:48 AM
Title:
(never shown)
Firstname:
(never shown)
Surname:
(never shown)
Email:
(never shown)
Nickname:
(shown)
Comment:
Validate: