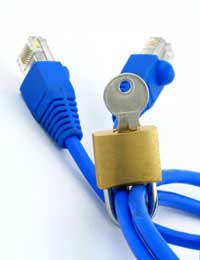 Social networking sites have come under much criticism thanks to their ever changing privacy policies. But signing up for a social networking site should not mean that member’s privacy rights are not protected. Steps should be taken by members to ensure they have the utmost privacy when online.

Social networking sites allow people to interact with each other on a worldwide scale through a dedicated internet site. Members do have to register to use the sites and details will be required including email addresses, gender, date of birth and country location. There are security measures in place including email confirmation checking, passwords and security questions. These security measures are in place to protect the user from possible threats such as identity theft and account hacking. But the social networking sites themselves are regularly criticised for their inadequate privacy policies.

Social networking sites have in the past changed their privacy policies without informing their members. Members who previously had set all their information to private have logged on unaware that their details were viewable by all members of the site and internet users in general. Some social networking sites have gone as far as stating that all information placed on their site is their property. This can include records of all conversations made on the sites.

The amount of information people will place on social networking sites is amazing. Photographs of family and friends, home and mobile telephone numbers and private email addresses are all commonly placed on networking sites. Simply placing a user’s date of birth and their home town location is enough to give internet identity thieves a head start. Members of the public would never simply walk up to a stranger on the street and hand them a huge amount of personal information. Yet this is exactly what many social networking site users are frequently doing via their social network interaction.

The issue of privacy and what information can be seen by other members should be a concern for social network users. For example, a huge number of users allow everyone to view their photographs and updates on their daily habits. If this is the case it would not be hard for a criminal to track the user’s statements and find out when they are not at home or if they have gone on holiday. Cyber stalking is another threat that has been heavily reported in the media. Many social networking site users have found themselves hounded by stalkers after becoming ‘friends’ on the sites; this can turn into a danger in the real world.

There are a few steps that can be taken to ensure privacy on social networking sites and the internet in general. These safety measures will include:Privacy rights cannot be taken for granted on the internet and on social networking sites. Remember that these sites are owned by corporations and they do have their own privacy policies regarding how data they collect will be used. It will be in the member’s best interests to read the privacy terms and conditions to ensure they are aware of how member information is collected and used.
Next Page