Discrimination and Your Religious Views 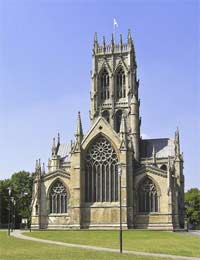 Persecution and discrimination has long occurred through history due to different religious views. In today’s more equal and tolerant society there are laws set out that guarantee protection against this type of discrimination.

Religion plays a big part in the lives of many people in Britain. Now that Britain is a multi-cultural society there is an even wider diversity of people who hold different religious views and beliefs. There are also a huge number of people who have no religious beliefs whatsoever; this figure is now thought to be around 44% of the British population. Religious discrimination can occur due to ignorance towards religions that have recently been introduced into British society. Of course it can also occur due to the conflicting beliefs of non-tolerant people.

Religious Discrimination and the Law

The Human Rights Act 1998 sets out the fundamental rights with regards to religion and beliefs. However, the right to freedom of thought including religion and beliefs that are covered in the act only pertains to public bodies. In Britain the Race Relations Act 1976 was amended in 2000 to include the clause that discrimination in employment due to religious beliefs is unlawful. The Racial and Religious Act 2006 provided extra protection to those with or without religions beliefs in everyday life.

As with other types of discrimination in the workplace it is against the law for employers to practice discrimination on the grounds of religion. This applies to all the major and less practiced religions and to philosophical beliefs. However, the law has still not defined what actually counts as a religious belief; this will be left to employment tribunals to judge. It is however against the law to treat a person less favourably than another in the workplace on grounds of religious beliefs or non beliefs.

If you are being harassed at work due to your religious beliefs then this would also be against the law. Harassment can include verbal and non verbal abuse and physical attacks. An employer has a legal duty to investigate any claims of harassment due to discrimination in the workplace. It does not matter if the harassment occurred in or out of office hours and the matter can be taken as far as an employment tribunal.

There is a wide range of areas where religious discrimination is unlawful. As with any other type of discrimination this will include issues on housing, education and the provision of goods and services. For instance a housing association cannot refuse to rent a house on the grounds of religious beliefs. A person also cannot be refused service in a restaurant because they are wearing religious related clothing. A person also cannot be discriminated at work simply because they wear an item of clothing that is related to their faith.

The rights to protection against religious discrimination should always be enforced if discrimination does occur. In the workplace these matters should be reported to an immediate superior or a member of the Human Resources department. Any religious harassment or religious hate crimes that occur outside of the workplace should be reported to the police. Other information and advice can be found at the Citizens Advice Bureau or the Equality and Human Rights Commission.

A multi-cultural society such as Britain does need strict laws set in place to ensure equality and freedom with regards to religious beliefs. There has been much bloodshed in the past and the present over conflicting religious beliefs. Freedom and equality will only be achieved through understanding the rights that pertain to all individuals and respecting each others beliefs.