Home > How to Get Involved > Standing Up to Hate Crimes

Standing Up to Hate Crimes 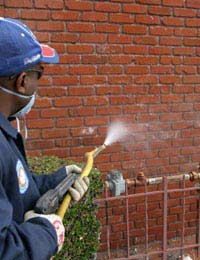 Standing up to hate crimes does take courage but it is the only way to achieve equality for all. Hate crimes are a very serious offence and offenders can face punishment in the criminal courts.

What is a Hate Crime?

A hate crime is defined as an offence against another person or another person’s property. The motivation behind the hate crime will be a hatred of someone on the grounds of their colour, race, ethnic origin, disability, gender, sexuality or religious beliefs. Hate crimes are a criminal offence under the Crime and Disorder Act 1998 and the Criminal Justice Act 2003.

According to the Home Office the hate crime offenders are typically white males from the age of 16 to 30 living in the same neighbourhood as their victims.

Just because laws are in place to guarantee protection against hate crimes does not mean these crimes have been eradicated. In the period 2006 to 2007 there were 42,019 hate crimes reported to the police in Britain. Of that figure 5,619 hate crimes involved injury to the victims. Religious and race hate crimes were by far the largest figure with 28,485 reported cases of harassment. It is thought that a hate crime is committed every hour in the UK, although these police report figures would double that frequency.

Hate crimes fall into a number of categories including physical assault, verbal abuse, intimidation and insults. Hate crimes will also include:

Hate crimes can occur anywhere; in the street, at school, in the workplace and even at the victim’s home. Hate crimes should always be reported to the proper authorities regardless of where they occur. The police have professionals who are trained to deal with this type of offence. Physical attacks that are motivated by hate can have much more serious legal consequences than attacks committed without this type of motivation.

Hate crimes can be particularly stressful and damaging for the victim. It can leave the victim both physically and psychologically damaged. For many victims it will mean living in fear on a daily basis. There is support for victims of hate crimes such as Victim Support. This organisation will be able to give information on how to proceed after any type of hate crime has occurred. They can give advice on the police and legal proceedings and information on issues such as compensation and legal aid.

Standing up to Hate

Understandably there are many hate crime witnesses who do not come forward due to fear of reprisals from the criminals. Witnesses to hate crimes have a good support system through the Victim Support organisation. They will be able to talk to someone in confidence, have someone accompany them into court and be permitted to view the court beforehand. Standing up as a witness will allow hate crime victims to obtain justice and will help the courts prosecute the offenders.

The police should always be informed if someone does witness a hate crime or are the actual victim of this type of crime. If this type of crime occurs in the workplace then superiors should always be informed. The matter could end up in employment tribunals or even the criminal courts. The law is there for the protection of the victim but these rights can only be enforced if the crime is reported.

The police figures on hate crimes are alarming, especially for a society that claims to promote equality and freedom for all. Hate crimes are a particularly heinous crime due to the motivation behind the offence. In most cases there is no logical reason for the hatred behind the offences. Standing up and reporting these crimes will be the only way to gain justice for the victims and make the offenders aware that this type of crime will not be tolerated.