An Overview of the Civil Rights Movement 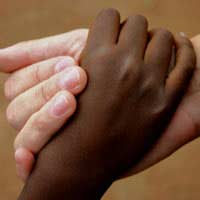 The Beginning of the Struggle

When the Civil War came to an end congress passed legislation on a number of civil rights issues aimed at protecting those who had been slaves. However, even though this legislation had been passed there were still a great number of racist whites who opposed the legislation. Black Codes were laws that were passed in a number of southern states that effectively limited the civil rights of African-Americans. The codes were used to restrict the integration of blacks and whites and to control labour and activities of African-Americans.

The Black Codes legislation effectively eliminated African-American’s civil rights in the South. Blacks had to sit in segregated areas in public places such as restaurants and were forced to use separate bathrooms. They were also underpaid in their employment and there was little if any chance of integration. The need for skilled works in the North between World War I and II led many blacks to migrate to cities in the North. Over a million African-Americans migrated to cities in the North during this period. For some the experience opened their eyes to the injustices they had suffered in the South.

The Struggle for Freedom

Over a million blacks fought for America during World War II but most were forced to serve in segregated units. Civil rights activists took this opportunity to voice their concerns as to how the government fought for freedom in countries abroad while limiting the rights of its own black citizens. A. Philip Randolph, a prominent civil rights activist decided that the time was right in 1941 to organise a march on Washington as a protest.

President Roosevelt realised this could disrupt the war effort and decided to desegregate military manufacturing factories and created the Fair Employment Practices Committee. The result of Roosevelt’s actions were that around a quarter of a million blacks were able obtain higher level jobs within industries manufacturing for the war.

Rosa Parks and the Movement

The seamstress Rosa Parks effectively spurred the civil rights movement in 1955. Parks was arrested after refusing to give up her seat on a bus to a white man. After the arrest Martin Luther King Jr. spoke out at rally in Alabama on the topic of segregation. This also led to a boycotting of city transportation for almost a year. The issue came to the Supreme Court that stated that the segregation of buses was unconstitutional. King formed the Southern Christian Leadership Conference (SCLC) that was dedicated to non violent protest.

Civil rights demonstrators were greeted with violence on a massive scale in 1963. Incidents such as the Birmingham Protest where nearly a thousand children were arrested during a peaceful protest shocked the nation. Police had been televised using firehoses, electric cattle prods and tear gas on peaceful protesters during numerous civil rights demonstrations that year. President Kennedy had requested a civil rights bill that would end racial discrimination and the time had come for the historic March on Washington for Jobs and Freedom.

The March on Washington

The March on Washington for Jobs and Freedom was a non violent demonstration in support of Kennedy’s civil rights bill. Ultimately around 250,000 blacks and whites made the journey to the Lincoln Memorial in 1963 to hear civil rights speaches including King’s famous “I have a dream” speech. Kennedy was assassinated only months after the march but President Lyndon Johnson pushed through the Civil Rights Act 1964 despite much opposition. Discrimination and segregation were outlawed in the act.

By the mid 1960s southern blacks were still unable to use their right to vote and King travelled to Alabama in order to lead a peaceful protest against these restrictions. Thousands of blacks arrived to exercise their right to vote but police used violence against them that resulted in the deaths of several civil rights activists. Lyndon Johnson and America were shocked by the violence and a bill was finally passed that protected the voting rights and safeguarded black voters.

The above overview is a brief glimpse of some of the events and incidents that make up the history of the civil rights movement. There are many other key figures that make up the movement such as Malcolm X and The Black Panthers. Their combined actions helped pave the way for an equal society where people can live together without fear of discrimination based on colour, race, religion and gender.