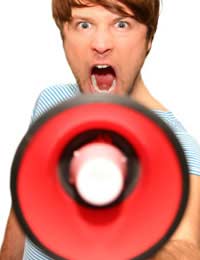 Hate speech is defined as an expression of hatred towards another person or group of people using various means such as writing, speech or any other form of communication. In the United Kingdom there are a number of laws set out to provide protection to citizens from hate speech.

What Are Typical Hate Speech Targets?

Hate speech is typically directed towards another person or group on the grounds of race, nationality, gender, sexual orientation, colour, ethnic origin and religion. Hate speech can be shown in many forms, typically verbal abuse, written speeches, harassment or gestures. The intention of hate speech is to harass and distress the intended target. In many cases the use of hate speech can incite violence from one group towards another.

There is no actual law against hate speech itself in the UK. Legal protection is provided under various statutes. The Public Order Act 1986 forbids racial hatred against individuals of groups including colour, race, ethnic origin and nationality. This can include threatening behaviour and written material that is designed to cause harassment and distress. In 2006; The Public Order Act was been amended to include religious hatred. In 2008, the Criminal Justice and Immigration Act amended the Public Order Act to forbid the incitement of hatred on the grounds of sexual orientation.

What Are the Penalties for those found Guilty of Hate Speech?

The penalties and fines will vary depending on the case but imprisonment is an option for those for guilty of this crime. Anyone who does use threatening or abusive behaviour in this way can face up to seven years in prison, which is the maximum sentence. Fines can also be added to prison sentences or applied solely. A number of people in the UK have been arrested and found guilty of various forms of this type of offence.

Is Hate Speech Prohibited on the Internet?

Websites that display this type of written material are called hate sites. The problem of anonymity arises with these websites and the internet is a very difficult place to regulate. It is quite simple for those who write hate speech material to shut down a website and open a new one within a very short space of time. There has been a growth in hate sites on the internet especially in extremist and far right websites. Holocaust deniers, race hate groups and anti gay and lesbian hate sites are very common on the internet.

How Can Hate Speech Be Banned on the Internet?

There is a call for stronger regulation on hate speech websites and for prosecution of the people who create these sites. An international treaty called the Convention on Cybercrime came into force in 2004. The intention of this treaty is to bring together nations and harmonise laws in order to stop internet crimes. This treaty covers a number of internet crimes including child pornography, terrorism and internet fraud. At present 43 nations have become part of the treaty with USA joining in 2007.

Has There Been Controversy Over Internet Regulation?

Many people do see the internet as a place where freedom of speech is a priority. Regulating the internet is seen by many as infringement of freedom of speech. For instance, the U.S. may not be able to prosecute certain internet crimes due to the free speech principles included in the First Amendment. Even with the new internet legislation in place it will still be very hard to find and prosecute internet hate speech perpetrators.

How Can the Public Help to Stop Internet Hate Sites?

Civil Rights for Immigrants
Share Your Story, Join the Discussion or Seek Advice..
@daniel kill yourself
admin - 24-Mar-22 @ 5:31 AM
Ich hasse meinung mutter, sie ist schlecht aber sie wollen schlagen mir
Der fuhrer - 8-Apr-19 @ 2:44 PM
My mother would punch me or hit me with her shoe, she once pushed me and i nearly got my spine injured. I suffer from depression and most of the times when my mother tried hurting i just wanna kill myself because she was once aresyed for hitting me with her metal belt. Now that i am 19years old if my mother tries to slap andpunch me i would pick her up and put her away from me.What would your advice be about this? I have 2options:1) harm myself & kill myself or 2) move out and dtay with my girlfriend.
Daniel - 3-Jun-15 @ 7:17 PM
Title:
(never shown)
Firstname:
(never shown)
Surname:
(never shown)
Email:
(never shown)
Nickname:
(shown)
Comment:
Validate: